This has always been one of my three favourite recordings of Madama Butterfly (the others being Callas/Karajan and De Los Angeles/Gavazzeni), and listening to it again today has been a most moving experience.

Though Sir John Barbirolli conducted a good deal of opera during his career, this and the Otello with James McCracken are, I think, the only studio examples of his work in the field, and I’ve always thought of this recording as being as much his as Scotto’s, which is not quite the case with the two aforementioned Callas and De Los Angeles sets. Barbirolli’s love for the score is evident in every bar, and he reveals many incidental details that sometimes get lost in more opulent readings, whilst he never loses track of the score’s ebb and flow. The Rome orchestra, though not quite on the level of those in Vienna and Milan, nonetheless play brilliantly for him.

He has at his disposal a uniquely Italianate cast, who all sing wonderfully off the words. Scotto, 32 at the time (oddly enough about the same age as Callas and De Los Angeles at the time of their recordings) is a superb Butterfly and presents from start to finish a fully rounded character. The microphone placing doesn’t always flatter her, and, just occasionally, one is aware of the intellect behind the characterisation, but she is still one of the most pathetically moving Butterflies on disc, even if she lacks a little of De Los Angeles’s natural charm.

Bergonzi is an ardently lyrical Pinkerton, maybe not quite as charming as Di Stefano with De Los Angeles, but singing with glorious, golden tone, and less stiff than Bjoerling who sings Pinkerton on De Los Angeles’s second recording. Panerai, who was a late replacement for Peter Glossop, is a superbly inciteful and sympathetic Sharpless and there is terrific support from the likes of Anna Di Stasio as Suzuki, Paolo Montarsolo as the Bonze and Piero de Palma as Goro.

Ultimately my favourite recording would still be Callas/Karajan but I find it so emotionally, so intensely shattering, that I can only take it once in a while (rather like Vickers’s Tristan). On the other hand, sonically, the stereo sound here is a great improvement on the boxy mono of that recording, though, in turn, not quite on the level of the glorious sound afforded Karajan on his second Decca recording with Freni and Pavarotti, which remains a first choice for many, I know.

There are other superb recordings, not least the early one with Dal Monte and Gigli, Tebaldi with Serafin, and Gheorghiu with Pappano. The opera has certainly been very lucky on disc, but my top three remain unchallenged. 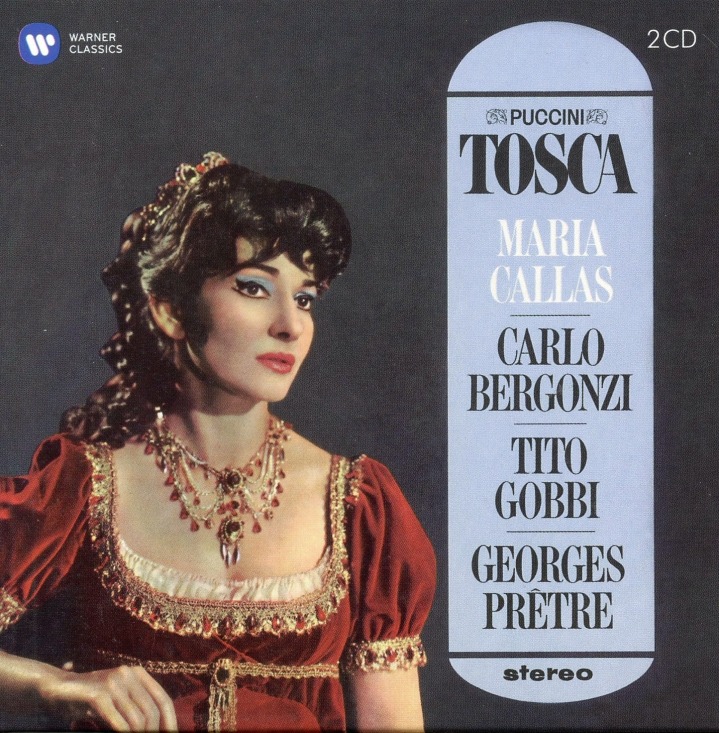 I hadn’t heard this set in maybe 20 years. It was actually one of the first complete opera sets I owned, the renowned 1953 De Sabata recording being unavailable when I first started collecting in the late 1960s. According to Zeffirelli, the recording was originally intended to be the soundtrack of a film, a project that unfortunately fell through, but, in any case, EMI obviously wanted to cash in on the success of Callas and Gobbi’s performances together in 1964 and 1965 in London, Paris and New York. Considering how closely they are associated with their respective roles, it is a surprise to find that before the Zeffirelli production at Covent Garden, they had only once before played opposite each other in the opera, and then only in a performance of Act II at a Paris Opera Gala, and yet they cast their shadows over the opera as no others do.

Let’s first get the caveats out of the way. Pretre doesn’t have De Sabata’s grip on the score, but he has his moments, and the torture scene is particularly thrilling; Callas’s voice is considerably trimmed down from the first recording and some of the top Cs are closer to screams than actual notes, though, in this new pressing, they don’t seem anywhere near as bad as I remember them; Gobbi too has lost some of his vocal sheen, but is as authoritative as ever.

However, we should remember that this recording was made at about the same time as Callas and Gobbi were appearing on stage. Even without seeing them, you sense their deep rapport. The producer John Copley was Zeffirelli’s assistant on the Covent Garden production, and he once told me that rehearsing with Callas and Gobbi was not like rehearsing with opera singers at all. Zeffirelli would let them run a whole scene, improvising their moves as you would with actors. They would then sit down and discuss what had worked, what hadn’t and go back over the scene incorporating any new ideas that came up. In all his career, he said, he has never come across such complete actor-singers. This ability to play off each other comes across in all their scenes on disc.

I do miss Callas’s ability to soar and swell the tone at a line such as Egli vedi ch’io piango, but their are compensations. When she cries Non posso piu in Act II, this is literally the sound of a woman at the end of her tether, and her chest tones in son io che cosi torturata rend the heart. In the last act, her recounting of the murder lacks the power of the De Sabata, though she manages Io quella lama gli piantai nel cor better than expected with an exciting plunge into chest voice. Here too the top C sounds better than I remember; I assume this must be something to do with the improved sound picture. Her Tosca on this set is more feminine, more vulnerable, if you like, with dozens of lovely touches in the love duets, if not the ability to ride the orchestra that she had in the first recording.

Gobbi still sounds superb. I doubt I will ever hear another Scarpia to rival him. His Scarpia is a gentleman and a thug and more interesting because of that. A man of impeccable manners, who never gets his hands dirty, making sure he has minions to do his dirty work for him. His performance, too is full of detail. From the unconcerned way he sings La povera mia cena fu interrotta, cruelly feigning surprise at Tosca’s distress, to the ironic tone he adopts at violenza non ti faro, this is a man completely in control.

Cavaradossi? Well Bergonzi sings beautifully, but I missed Di Stefano’s ardour, his winning personality, and he is in especially good voice in the De Sabata recording. Beside him Bergonzi sounds a bit anonymous.

The orchestra play well for Pretre, but they are not the equal of the La Scala players, and of course this set will never replace the classic De Sabata Tosca, which is considered one of the classic opera recordings of all time. This one isn’t entirely without merit, though, and Callas completists will definitely want to have it in their collection.