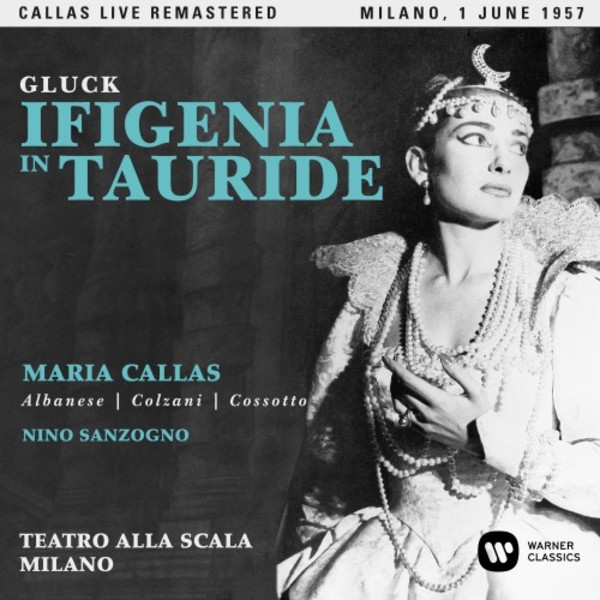 After the spectacular success of Anna Bolena, Callas and Visconti plunged straight into rehearsals for her next new production at La Scala, that of Ifigenia in Tauride, an Italian translation of Gluck’s French opera. Though they didn’t know it at the time, this was the last time they were to work together, and they never really agreed about the production at all. Visconti wanted the opera to look like a Tiepolo fresco brought to life, but Callas just couldn’t understand the concept. She would ask him why he was doing it like that, averring that it was a Greek story, that she was a Greek woman and that she wanted to look Greek on stage. Whether she liked the concept or not, there is no doubt she looked magnificent in the costumes designed for her, but the production was at best a succès d’estime and was never seen again after the four performances given that season.

Visconti was to have worked with her on her return to La Scala in Poliuto in 1960, but, shortly before rehearsals began, a play he had staged (L’Aroldo) was censured by the government, and he withdrew in protest, refusing to work in any state-supported theatre. After that he would occasionally suggest projects, but she would always find reasons not to do them. She couldn’t dance like a gypsy for Carmen, she didn’t want to disrobe as Salome, or she didn’t feel sufficiently Viennese for the Marschallin, though, to be honest, I can’t really imagine Callas in Strauss.

As a whole, the La Scala performance of Ifigenia is somewhat lacklustre, which might explain why it was never revived. Sanzogno conducts in respectful, soupy, lugubrious fashion (you only have to listen to conductors like Gardiner and Minkowski to hear how much more vital the music can be), and the supporting cast, save for Cossotto’s Diana, makes very little impression at all.

Callas, however, commands attention from her very first utterance. It’s worth quoting here Visconti’s recollection of the impression she made at her first entrance.

Maria did exactly what I asked. As the curtains lifted, a storm was raging and she had to pace frantically across the stage. She wore a majestic gown with many folds of rich silk brocade and an enormous train, over which she had a large cloak of deep red. Her hair was crowned with huge pearls, and loops of pearls hung from her neck, encompassing her bosom. At a certain moment she ascended a high stair, then raced down the steep steps, her cloak flying wildly in the wind. Every night she hit her high note on the eighth step, so extraordinarily coordinated was her music and movement. She was like a circus horse, conditioned to pull off any theatrical stunt she was taught. Whatever Maria may have thought of our Ifigenia, in my opinion it was the most beautiful production we did together. After this I staged many operas without her – in Spoleto, London, Rome Vienna. But what I did with Maria was always something apart, existing unto itself, created for her alone.

She is in fine voice for this performance, riding the orchestra in that first entrance with power to spare, infinitely expressive in the more reflective moments, like Oh, sventurata Ifigenia. Later in the opera, when she recognises her brother, she somehow manages to impart four simultaneous emotions to the single word fratello; sister-love, sadness at their being parted so long, happiness to have found him and fear for his imminent, sacrificial death. Neither Montague on the Gardiner studio version, nor Delunsch in the Minlowski comes within a mile of her range and specificity of expression.

The sound on this Warner version is similar to the EMI I owned before, Act I enjoying rather better sound than Act II.

Maybe not an essential set, but Callas once again demonstrates her proficiency in Gluck even in less than ideal circumstances. One can only imagine how her performance would have been transformed with some of today’s conductors at the helm, and with a supporting cast more attuned to the needs of the composer.