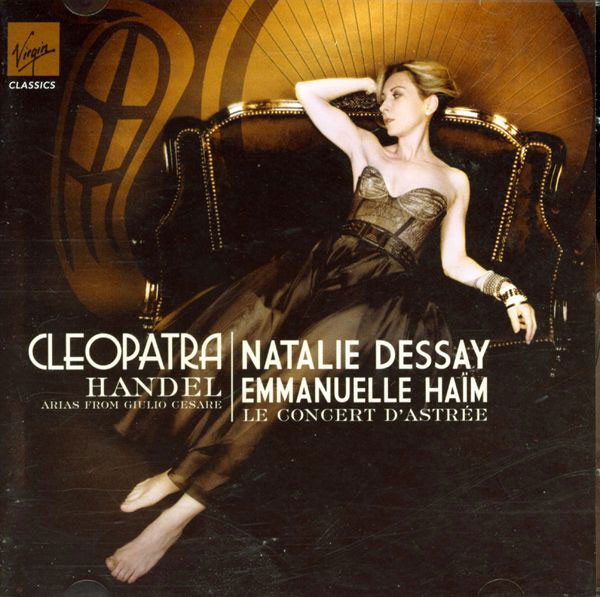 This Handel recital, which showcases the talents of Natalie Dessay, concentrates solely on the music Handel wrote for Cleopatra in his Giulio Cesare, and even includes music he wrote but later cut from the full opera. Variety is provided, by the orchestra (the excellent Le Concert d’Astrée under Emmanuelle Haïm) contributing a couple of orchestral interludes, and by Sonia Prina as Caesar, whose contributions, however, are restricted to a few lines of recitative and the final duet.

It is quite interesting to hear side by side, as we do here, Handel’s first and final thoughts on certain scenes, so the heroic Per dar vita all’idol mio gave way to the grieving Se pietà di me non senti, whilst the lilting siciliano of Troppo crudele siete was dropped in favour of the intensely moving, and justly famous Piangerò.

Le Concert d’Astrée under Emmanuelle Haïm, offer superb support. This is no replacement for a performance of the complete opera, of course, but nonetheless a wonderful distillation of Dessay’s Cleopatra, a role she performed with great success at the Palais Garnier in Paris, shortly after making this record.

One thought on “Natalie Dessay – Cleopatra”