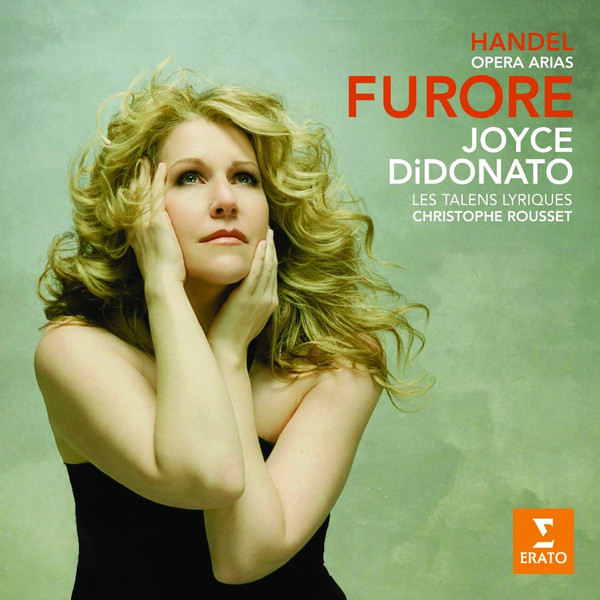 This disc was, I think, DiDonato’s first ever recital record. It was recorded during and after performances at the Théâtre de la Monnaie in Brussels in 2008, though there is precious little sign of any audience. Since then of course DiDonato has become a major star with quite a few recital discs under her belt.

DiDonato first came to my attention when the Aix-en-Provence festival brought their superb Luc Bondy production of Hercules to the Barbican in 2006. Her Dejanira was a compelling study in irrational jealousy and eventual mental degradation, all perfectly at the service of the music, so, when this recital was issued, I eagerly snatched it up. However, at the time, I found it a little disappointing and couldn’t quite work out why. The singing is wonderfully accomplished, her command of coloartura quite superb, with none of that awful rat-a-tat explosiveness that one gets from Bartoli.

The problem would appear to be one of communicatin. The voice itself, at least as recorded here, just lacks that last ounce of individuality and, possibly a fault of the recording producer rather than the singer, she had as yet not learned to project character and emotion solely through sound. Predictably, and no doubt because she had stage experience of the role, the solos from Dejanira are the most vivid, especially the dramatic outbursts in Where shall I fly. Another highspot is Ariodante’s Scherza infida, which she sings with melting tone and imbues with a sense of utter, aching desolation. What is missing elsewhere is that last degree of exitement.

The excellent accompaniments are by Les Talens Lyriques under Christophe Rousset and I am reminded that shortly after acquiring the disc I attended a concert at the Barbican, in which these same artists performed most of the music on this disc. The diminutive DiDonato came onto the stage looking a little like a young Bette Midler, wearing a tight long black skirt and sequined boob tube, her hair a shock of blond curls round her shoulders. However any thoughts of Midler were soon dispelled the moment she began to sing as we were treated to two hours of magnicent singing with DiDonato running the gamut of emotions. Clearly DiDonato needs an audience.

One thought on “Furore- Joyce DiDonato”